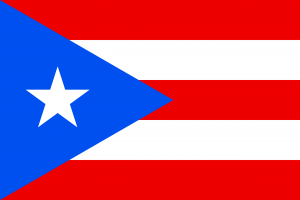 may carry their lawfully possessed firearm.  Most of these questions pertain to New York and Federal Law.  However, this week I was contacted with an interesting question.  Can a New Yorker who has a license to possess a firearm take his lawfully owned handgun on vacation with him in Puerto Rico.  After doing the research I learned that surprisingly, the answer was, hopefully, yes, soon.

Finally, on December 11, 2019, Puerto Rico’s Governor, Wanda Vázquez Garced signed a new gun law into effect, Act No. 168.  Beginning in December 2019, Puerto Rico went from a May issue system to a Shall issue system in line with most States.  The sole difference is a minimum age of 21 years old.  The permitting system went from a bureaucratic nightmare costing upwards of $1500 with no guaranty of obtaining a permit to a streamlined system costing $200 for a 5 year permit and $100 for a renewal with a guarantee that qualified people will obtain a license.  As of now, the government has 45 days to issue the permit which will be reduced to 30 days after 1 year.  The permit gives the holder the right to carry a concealed firearm for self defense purposes.

In April 2020 the Governor of Puerto Rico signed regulations to Administer the new gun laws.  Among those regulations, Article 2.18 gave the National Police of Puerto Rico the authority to enter into Memorandums of Understanding with other jurisdictions to extend reciprocity to those States.  As of now, we do not believe that any such MOU’s have been entered into and thus people travelling from the 50 States should proceed with caution (translation:  Don’t bring your gun yet.)  It is expected that MOU’s will soon be signed.

Although the new law includes the potential for the most complete reciprocity laws in the Country with the potential of Puerto Rico accepting any and all firearms permits from all states, until the National Police starts signing MOU’s with States it is advised not to bring guns to Puerto Rico.  This means that vacationers, even those living in gun restrictive states such as New York and New Jersey may eventually be able to bring their lawfully owned firearm on vacation with them in Puerto Rico.  As long as they have a valid CCW (Concealed Carry License) from any state.  Travelers should always be sure to check and comply with the latest airline and TSA regulations before bringing their firearm to the airport.  Also, those travelling though a New York airport should be especially cautious before bringing a gun to a New York airport such as LaGuardia or JFK as numerous gun arrests occur at those airports.

Tilem & Associates is New York’s premier Gun Rights and Second Amendment law firm.  It should be noted, however, that we do not practice in Puerto Rico and one should not bring a gun anywhere without checking the most up to date local laws.