Among the new package of laws that were signed into law by Governor Kathy Hochul was the requirement to obtain a license before purchasing or acquiring a new semiautomatic rifle (other than an “assault rifle“).  The intention seems to have been to prevent the purchase of rifles by 18, 19 and 20 year old individuals but the law does much more. Notwithstanding, that the Ninth Circuit Court of Appeals in California has already ruled a similar California ban on 18, 19 and 20 year old young adults is unconstitutional.   Under S.9458/A.10503 Article 400 of the Penal law was amended to create a new type of gun license called a license for a semiautomatic rifle.  Similar to licenses to carry pistols the new law says that a license to purchase a semiautomatic rifle obtained outside of New York City will not be valid inside of New York City unless a special permit giving validity is obtained from the New York City Police.

The new law does not make it a crime to own or possess guns which were acquired before the effective date.  Rather, the new law makes it a crime to purchase or obtain a new semiautomatic rifle without having the new type of license.  The new licenses appear to be issued by the same licensing officers using the same criteria as license for handguns and is almost certain to back up and slow down the already overwhelmed system for obtaining handgun licenses.  The new licenses require recertification every five years.

END_OF_DOCUMENT_TOKEN_TO_BE_REPLACED

On June 6, 2022, New York Governor Kathy Hochul signed 10 new gun control measures into law.  These laws were hurriedly written and passed and appear to be a knee jerk reaction to the tragedies in Uvalde and Buffalo but will have a heavy impact on the New York Second amendment community.  As New York Second Amendment lawyers we have been contacted by a large number of concerned citizens, firearms trainers and gun store owners about the impact of these laws.  Taken as a whole these may be the stupidest gun laws ever written.  Here is a brief summary of what passed and what it means with links to get more information about each one.  .

END_OF_DOCUMENT_TOKEN_TO_BE_REPLACED

In a recent New York gun crime case decided in a Appellate Court, the defendant unsuccessfully appealed his firearm conviction by arguing that his original arrest was based on unreliable information. His sentence was however reversed on other grounds.  According to the defendant, there was insufficient evidence that the informant who had tipped police officers off to his activity was reliable and trustworthy. Because it was not clear whether or not the officers could trust the informant, it was unreasonable for the officers to arrest the defendant based on the single tip. The court considered the defendant’s argument but ultimately denied his appeal, citing the officers’ long-term relationship with the informant as evidence of the informant’s trustworthiness.

According to the opinion, a confidential informant let police officers know that there was an individual in a specified location with a gun in his hand. Upon hearing this tip, officers went to the scene and found the person matching the informant’s description. The officers approached the person, who later became the defendant in this case, and placed him under arrest. Upon his arrest, the defendant immediately stated, “I have a firearm in my waistband.”

The officers recovered the firearm and the defendant was charged and convicted of attempted criminal possession of a weapon in the second degree. He appealed shortly thereafter.

END_OF_DOCUMENT_TOKEN_TO_BE_REPLACED

In a recent New York gun crime case decided by a New York City trial court, one of two defendants filed a motion to suppress incriminating evidence. The court, looking at the circumstances surrounding the case, granted the defendant’s motion after considering the fact that the police officer that found the gun was not in immediate danger at the time of her search.  As a result, the charges were dismissed.

According to the opinion, a New York police officer was on duty around 9:00 one morning when she was notified that a violent altercation had occurred nearby. The call reported that a woman’s ex-boyfriend had brought out a gun during a fight in the woman’s home. After the fight, the ex-boyfriend left the house and got into his car, driving away.

END_OF_DOCUMENT_TOKEN_TO_BE_REPLACED

In a recent New York gun crime case a the defendant unsuccessfully argued, on appeal, that his conviction should be reversed based on questionable scientific methodologies used by the prosecutor. Originally, the defendant was charged with criminal possession of a gun after a violent altercation in a store. After a jury found him guilty, the defendant appealed, arguing that the court should have conducted research as to whether or not the State’s methodology for extracting DNA evidence was scientifically legitimate. Disagreeing with the defendant, the court affirmed the guilty verdict.

Relying on this evidence, a jury found the defendant guilty, agreeing that the video footage sufficiently proved that the defendant had the gun on his person before the men in the group ran away.

END_OF_DOCUMENT_TOKEN_TO_BE_REPLACED

In a recent decision coming out of a New York court, the defendant’s appeal of his New York firearm conviction was denied. Originally, the defendant was charged after police officers found a firearm inside of his backpack while the defendant and some of his acquaintances were gathered in another person’s yard. On appeal, the defendant argued that the officers invaded his right to privacy. Disagreeing with the defendant, the court denied the appeal.

According to the opinion, two officers were on patrol one day when they drove past an empty house that they had seen many times while driving on the same street. They noticed that the house was boarded up with a padlock, a chain, and a “No Trespassing” sign in the front. Officers saw that a group of men had gathered in the backyard, and they exited their vehicle to go speak with the men.

Officers noticed that the men were passing a cigarette back and forth, as well as that the area smelled of marijuana. They also observed the defendant walk towards the back of the house with an object in his hand. The officers watched him then return to the group empty-handed.

END_OF_DOCUMENT_TOKEN_TO_BE_REPLACED

In a recent case coming out of a New York court, the defendant appealed his guilty conviction for criminal possession of a weapon in the second degree. Officers searched for this weapon only because they had previously smelled marijuana in the defendant’s car, making them suspicious of additional drug or criminal activity. In his appeal, the defendant relied on a recently enacted law that legalizes possession of marijuana in certain amounts for individuals who are 21 or older in New York. The court acknowledged this new law but ultimately ruled that the law does not apply to convictions that occurred before the passage of the law in 2021. The Court found that the police officer had reasonable cause to believe that there was contraband located in the car, to wit marijuana.  At the time of the search, possession of marijuana was still illegal in New York.  Therefore, because the defendant was charged in 2018, he could not use the law to argue for his conviction to be overturned.

According to the opinion, two police officers were patrolling one evening in his car when they noticed the defendant pull away from the curb without signaling. The officers signaled the defendant to pull over and then conducted a traffic stop. Once the defendant rolled down his car window, the officers immediately smelled a strong odor of marijuana.

After the officers asked the defendant whether there was, in fact, marijuana in the car, the defendant answered in the affirmative and opened his center console. The officers found two bags of marijuana and $1,000 cash. Continuing to smell the marijuana, the officers searched other areas of the car and subsequently found a loaded firearm in the trunk.

END_OF_DOCUMENT_TOKEN_TO_BE_REPLACED

As New York firearms attorneys we reported in our December 28, 2021 blog about the new law regulating 80 percent lower receivers in New York, the law allows for a six month grace period.  However as has been reported in the news lately, the term “Ghost Gun” is the new boogie man for gun control supporting politicians and raids have been taking place before the new law even takes effect.  Please read this article and this one.

The problem for many gun owners begins when they unlawfully finish what started out as an 80 percent lower in one of two ways.  First, it is a serious felony under New York law to possess any handgun, even in one’s own home without a handgun license.  Once you complete the 80 percent lower into a handgun a person who doesn’t have a pistol license possesses an unregistered and unlicensed firearm, referred to by many politicians as a “ghost gun”.   The fact is that getting a handgun license in many New York counties, especially during the pandemic could take a year or more.  In addition, fully manufactured guns were hard to come by.  Some people took matters into their own hands and completed 80% lowers into functioning handguns.

END_OF_DOCUMENT_TOKEN_TO_BE_REPLACED

In a recent New York gun case, the court in its decision denied the defendant’s appeal. Originally, the defendant was convicted of criminal possession of a weapon after he had an altercation with a woman on the side of the road. On appeal, he argued that there was not enough evidence to support the guilty verdict. The court sustained the verdict, disagreeing with the defendant’s main argument.

END_OF_DOCUMENT_TOKEN_TO_BE_REPLACED 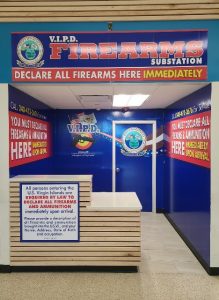